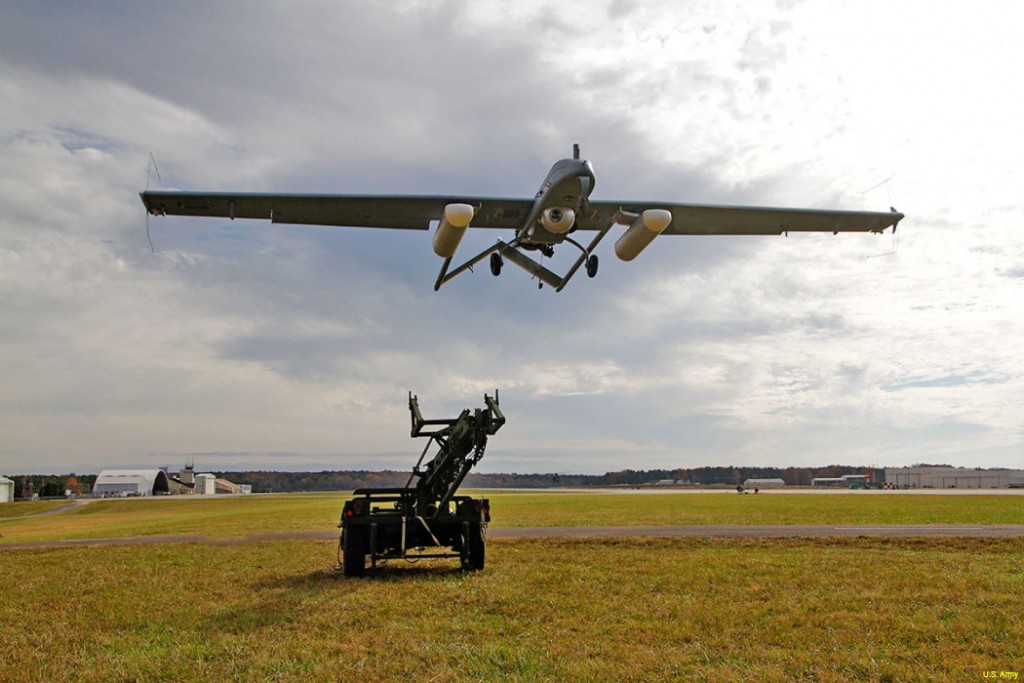 he Army could be looking to expand the lethality of its drone fleet, recently issuing a request for information for small guided munitions that can be outfitted to rotary wing and unmanned aerial systems. Specifically, the Army said its primary interest is in weapons of 60 pounds or less—and preferably in the 25-pounds range.

Additionally, these weapon systems should be able to engage both moving and stationary targets that include lightly armored vehicles, fleeting light vehicles and dismounted combatants in day and night conditions, with low collateral damage.

The Army already operates UASs with lethal payloads such as the medium-altitude, long-range MQ-1C Gray Eagle that can carry four Hellfire missiles weighing roughly 100 pounds each.

Hellfire missiles – the primary munition outfitted on unmanned aircraft associated with the controversial targeted killing program run by the CIA using the dual surveillance and strike capability of drones – have been described by many, such as former CIA director Michael Hayden, as one the most accurate and humane forms of targeting, given their precision and small warheads that limit collateral damage.

The Army is not releasing details regarding the platforms, regions or units the armaments being requested would be applied to, saying that information is too sensitive, a contracting employee told Defense Systems. “Inquiries regarding sensitive information such as specific platforms, Army units and regions will not be addressed in this forum,” the RFI states.

As such, it is not clear if the Army wishes to arm smaller UAS platforms such as the MQ-5B or the RQ-7B Shadow, or if it wishes to apply the desired technology to the Gray Eagle, potentially freeing coveted size, weight and power requirements for additional payloads.

Army officials have indicated in the past that they are interested in taking weight off of certain UAS platforms to increase payload capacity. Additionally, they have discussed potentially weaponizing the Shadow, an aircraft with a 14-foot wingspan that has been used for surveillance, target acquisition and battle damage assessment.

“Weaponing Shadow comes at a cost to the commander who now has to maybe trade station time and fuel for a payload,” Col. Thomas Von Eschenbach, the director of the capabilities integration center at TRADOC, told reporters last fall.  “It depends on what it weighs and what it can do. So at what cost would it take, and what munition would that do? We’re not ruling it out [but] on the current Shadow system, that’s a challenge.”

There has also been talk of changing the armament of the Gray Eagle to include other weapons than just Hellfire missiles.