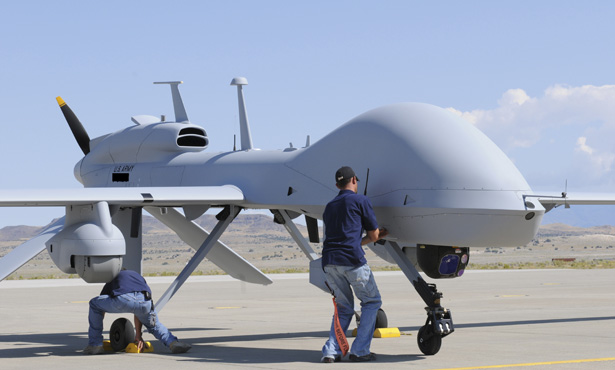 The US Army has made a $133 million modification to a contract for its General Atomics Aeronautical Systems MQ-1C Gray Eagle unmanned air vehicles to add 19 aircraft to the order.

Announced on 16 March, the modification is supported by FY2014 funds, and will cover the 19 medium-altitude, long-endurance UAVs, 19 satellite communications air data terminals, one ground support system and one lot of initial spares.

The contract is expected to be completed by 31 May 2017, and is a modification to the full-rate production (FRP) contract for 15 Gray Eagles that was awarded to General Atomics in September 2013 under FY2013 funding.

This initial FRP contract for the 15 aircraft plus associated ground equipment also included an option for four more aircraft, which the army says was exercised in December 2013 under FY2014 funds worth some $40 million, which are expected to be delivered by September 2016.

In addition, in July 2014, the army announced that it had completed the integration and testing of an electronic warfare capability on board the MQ-1C. 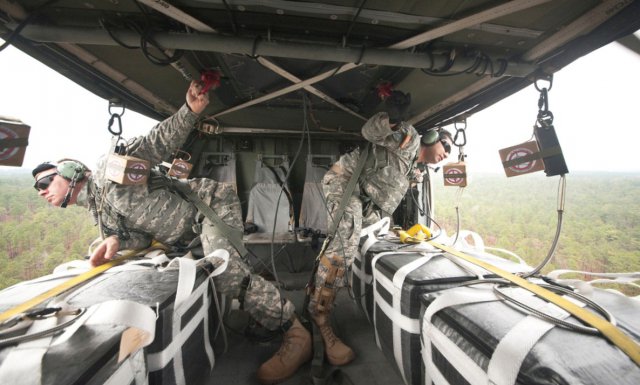 NATICK, Mass. (March 10, 2015) — The U.S. Army is streamlining efforts to provide squad- and platoon-level ground Soldiers, operating in austere environments, with an organic aerial resupply capability that will empower and sustain them on the battlefield.

The Enhanced Speed Bag System, or ESBS, fills this capability gap by drastically increasing the survivability rate of critical resupply items such as water, ammunition, rations and medical supplies, which must be air-dropped from helicopters to small units on the ground. The system includes a hands-free linear brake, rope, and a padded cargo bag that can hold up to 200 pounds and be dropped from 100 feet.

“We originally received this need from the field, specifically for emergency ammunition resupply,” said Bob Forrester, an engineer with ARDEC’s Logistics Research and Engineering Directorate at Picatinny Arsenal, New Jersey. “We received the requirements, found the funding, and teamed with Natick as the technical lead.

At an evaluation conducted in July 2013 on Fort A.P. Hill, Virginia, teams packed six ESBS cargo bags with 12,720 rounds of ammunition, each distributed based on a squad-level basic load, and dropped from a 100-foot crane. They thoroughly inspected the rounds and conducted a live fire to determine the ammunition system’s effectiveness.

The results were a 98-percent survivability rating of ammunition dropped with the ESBS – a vast improvement from the 50-60 percent experienced with ad hoc methods.

“What we have done is taken resupply to the lowest possible level – the squad and platoon levels,” Tabor said.

“Soldiers at unit level are trained how to get the system packaged, loaded in the aircraft, and delivered,” Tabor said. “In this way, ESBS provides an organic resupply capability.”

Advancement of the system gained increased momentum through the involvement of the U.S. Army’s Rapid Equipping Force, or REF, an organization uniquely chartered to combine requirement validation, acquisition authority and flexible funding under one roof. 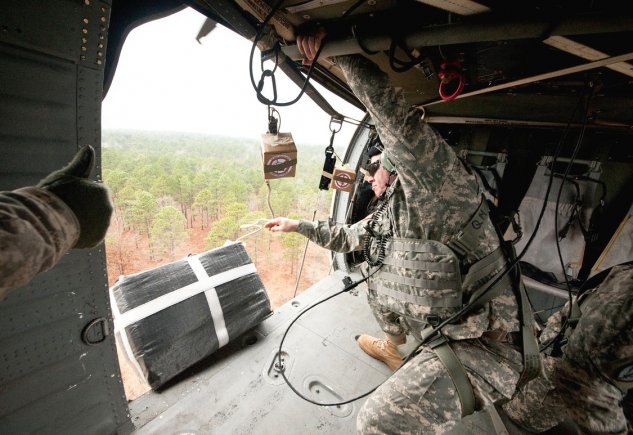